Fashion for All: NEIWAI defining body inclusivity as the new sexy 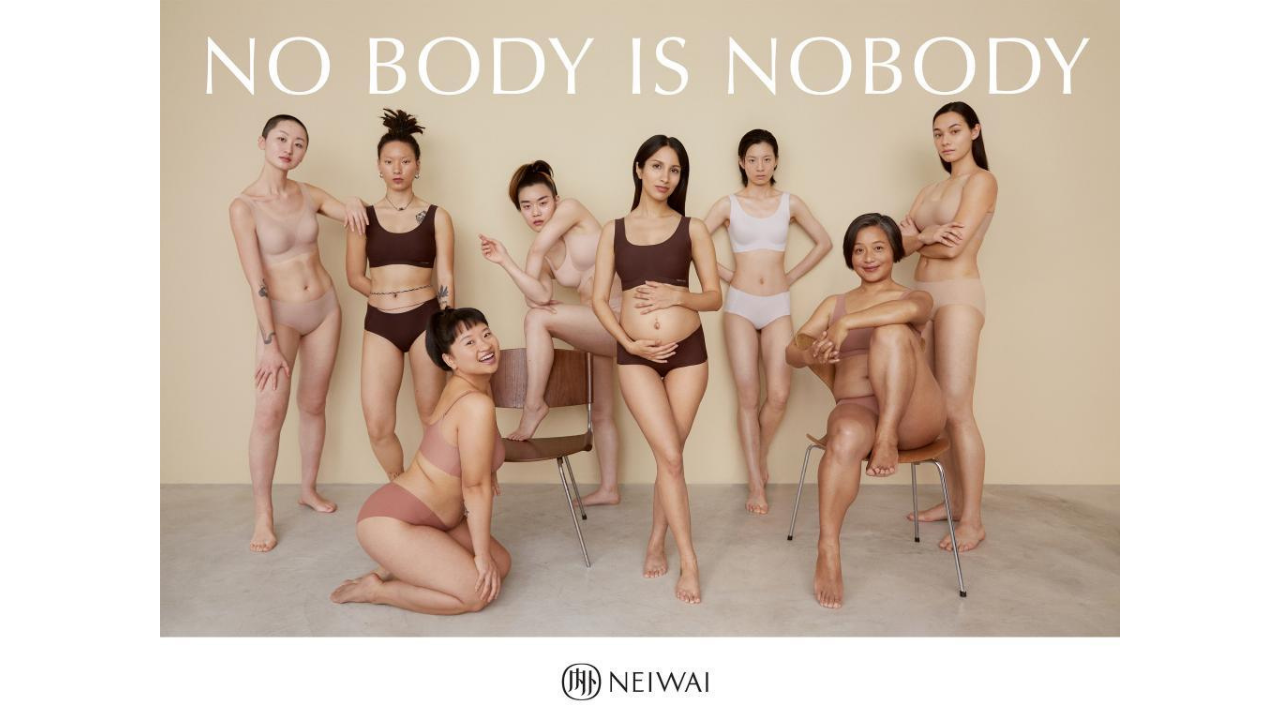 For decades, the male gaze has dominated common perceptions of what “sexy” should be in the women’s lingerie industry – usually skimpy two-piece sets or lacy bodysuits that barely cover slim yet voluptuous female bodies. Global lingerie giant, Victoria’s Secret, has actively championed these visuals since the 1970s with its annual Victoria’s Secret Fashion Show, where lanky supermodels called ‘Angels’ strut down runways – each more fantastical than the next – clad in slinky scraps of lace and silk.

Fast forward to 2021, the lingerie revolution has begun. In the post #metoo era, the growing body inclusivity movement is recognizing models in various shapes and sizes. Consumers are rebelling against Victoria’s Secret’s outdated ideals of ‘sexy’ – and the now-embattled brand has had no choice but to note. CEO Martin Waters famously declared: “When the world was changing, we were too slow to respond. We needed to stop being about what men want and to be about what women want.”

As Victoria’s Secret’s star faded, others rose – including NEIWAI, a forward-looking and trend-setting Chinese lingerie brand that emphasised liberation, empowerment and comfort for all women, regardless of shape or size. Launched in 2012, NEIWAI was revolutionary for being a pioneer of body inclusivity in China. The company is at the forefront of shifting consumer preferences for lingerie - from skimpy and ill-fitting to comfortable and chic, and uses everyday women as brand ambassadors instead of supermodels.

With a global demand for female-first designs such as functionality, comfort and body diversity sizes (instead of restrictive, male-centric aesthetics), NEIWAI is leading the way for a sweeping change in the lingerie industry by putting the needs of women first.

A positive message is one thing, but knowing how to keep it relevant is another. We were attracted to NEIWAI because of its ability to stay ahead of fast-moving microtrends – a skill integral to the lingerie business.

NEIWAI’s flagship product, the Barely Zero®, is a free-size wireless bra that NEIWAI introduced in 2016 when wireless bras occupied only 5 percent of bra sales in China. This was the start of a new trend: as Chinese women began selecting bras that fit their busy lifestyles. Wireless lingerie sales increased 50% year-on-year (YoY) and by 2020, up to 76.6% of Chinese lingerie consumers preferred wireless bras over the traditional wired bras [1][2]. NEIWAI has become one of the top retailers of wireless bras in the Chinese market, cementing its reputation as a market leader in tune with the needs of women. 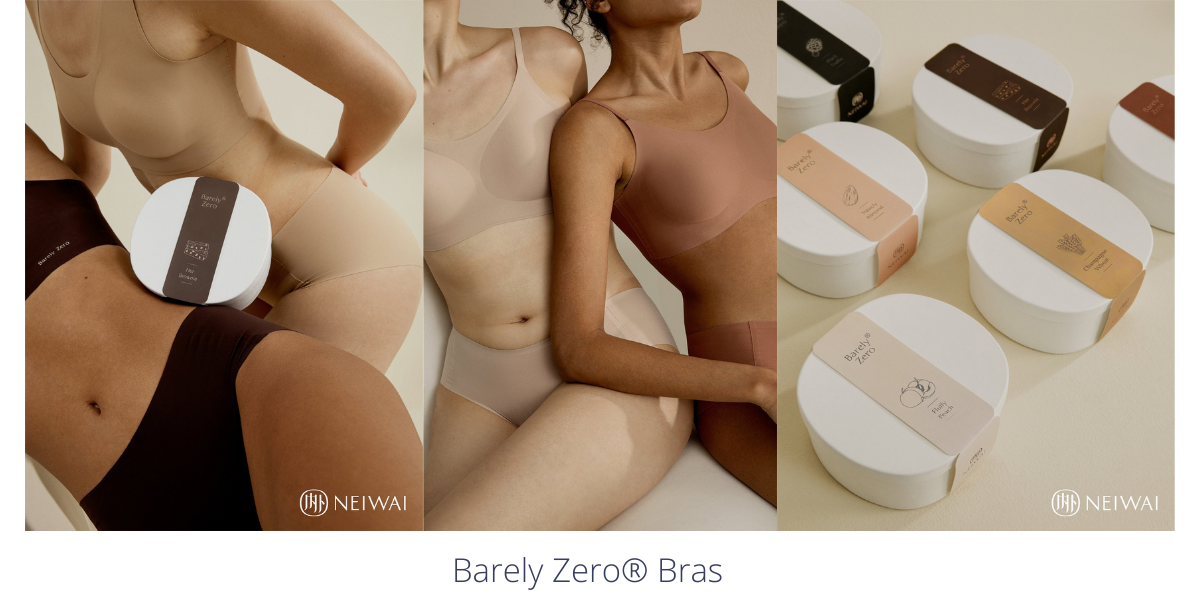 NEIWAI also differentiated itself from traditional lingerie companies from day one by consistently branding themselves as a company centered around body positivity, inclusivity, diversity and comfort with a focus on “self” and self-worth.

In an era that prizes individuality and self-love, these messages resonated strongly with consumers who prefer real women featured in marketing campaigns. Unsurprisingly, when NEIWAI featured everyday women who did not conform to the former ideal of ‘sexiness’ in its "No Body is Nobody, 微而足道 無分你我” marketing campaign, the campaign video went viral nearly overnight, receiving 7.48 million views in less than 48 hours [3].

No Body is Nobody campaign video

NEIWAI’s choice of Faye Wong, a renowned Chinese singer/superstar, as its global ambassador further reinforced its credibility as an advocate for inclusivity. Dressed in a simple yet sophisticated outfit in NEIWAI’s marketing campaign, Faye was a stark departure from the scantily-clad young celebrities and supermodels favoured by the likes of La Perla, Wacoal and Victoria’s Secret. Her endorsement was a hit – with netizens on Weibo and WeChat singing praises for both NEIWAI and Faye herself [4].

Most importantly, this is consistent with NEIWAI’s brand vision of female empowerment – from inside and out.

Beyond NEIWAI’s brand success, our conviction in NEIWAI is also aligned with our macro-observation on the Chinese consumer market. The rise of Guochao or “国潮” (which means “national trend”) is one of the major influences shaping Chinese consumer culture today, and we believe it will show no signs of abating in the near or long-term future.

When Li-Ning, China’s domestic sportwear brand, debuted at the 2018 New York Fashion Week, it took the fashion world by storm – and nowhere more so than in its homeland [5]. Their fashionwear featured China’s national colors (red and yellow) with the Chinese characters of “Li Ning” and “China” splashed across the front of T-shirts and sweatshirts or the back of jackets. Li-Ning’s sportswear ushered in a wave of patriotism in fashion and the advent of Guochao (国潮) subsequently became a buzzword. 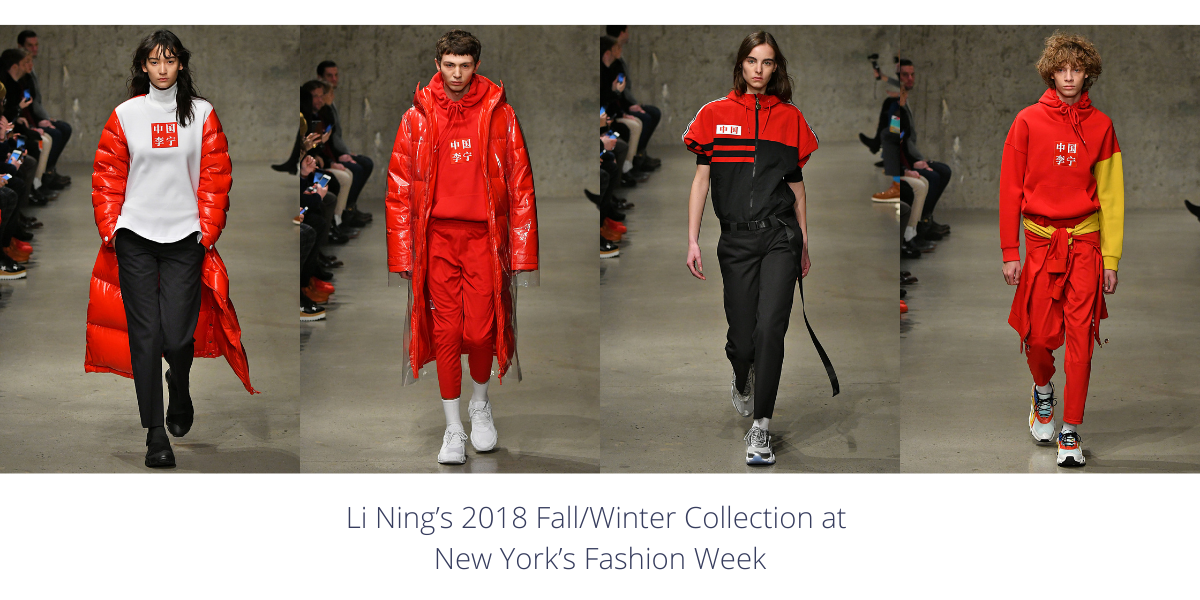 Li-Ning’s showcase was the convergence of strong national pride in China – driven by the country’s unprecedented economic success and greater global influence – as well as newfound interest in China’s culture, tradition and domestic brands. Wearing homegrown fashion labels is now a badge of pride in the guochao (国潮) movement – similar to the US’ ‘Made in America’ label. Incidentally, the Guochao (国潮) sentiment is noticeably strongest among young urban middle class adults, China’s main growth engine and NEIWAI’s main customer base [6].

The wave of homegrown apparel brands capturing mindshare in China has also thrust their homegrown founders and designers into the spotlight.

NEIWAI’s founder, Liu Xiaolu, is widely celebrated as one of the most prominent homegrown fashion entrepreneurs. Having started her career in consulting for female consumer products and working for renowned consumer brand Coca Cola thereafter, Liu Xiaolu has accumulated valuable hands-on experience and insights in the female Chinese consumer market.

She is no stranger to the lingerie industry – both her grandmother and mother previously worked for Shanghai’s most-coveted underwear manufacturer – which gave her a unique blend of experience and upbringing to bring onboard for NEIWAI and further reinforced our confidence in backing her.

From China’s leading lingerie brand to a global lifestyle brand

With a loyal customer following of more than 2.5 million, NEIWAI’s next engine of growth lies in their push to transform into a global lifestyle brand with new product categories – loungewear and activewear. Both product categories are primed for robust growth in the coming years, in line with consumers’ preference for comfortable clothing.

As a brand known for designing and producing comfortable clothing for the modern woman, both loungewear and activewear play right into NEIWAI’s sweet spot. NEIWAI’s branding edge as a leader in the body diversity movement also gives them the advantage of being able to foster a strong emotional connection with their customers.

By empowering everyday women through NEIWAI’s comfort-centric product lines and an unwavering focus on body inclusivity, NEIWAI has cultivated a passionate community of female customers who desire comfortable chic clothing and embrace comfort as a source of confidence. Similar to how Lululemon transformed from a premium yoga apparel brand to a lifestyle ambassador for health and wellness, we believe NEIWAI is undergoing the same metamorphosis from a lingerie brand into a lifestyle champion for modern female values and aspirations.

On the wider front, NEIWAI is ready for its next phase of growth – international expansion to build a global brand. It recently launched its official website in the United States (US) and will be opening physical stores there in the near future. We are thrilled to witness their global expansion and are confident that their proven success in China can be replicated globally.

To learn more about this lifestyle brand, drop us an email here. 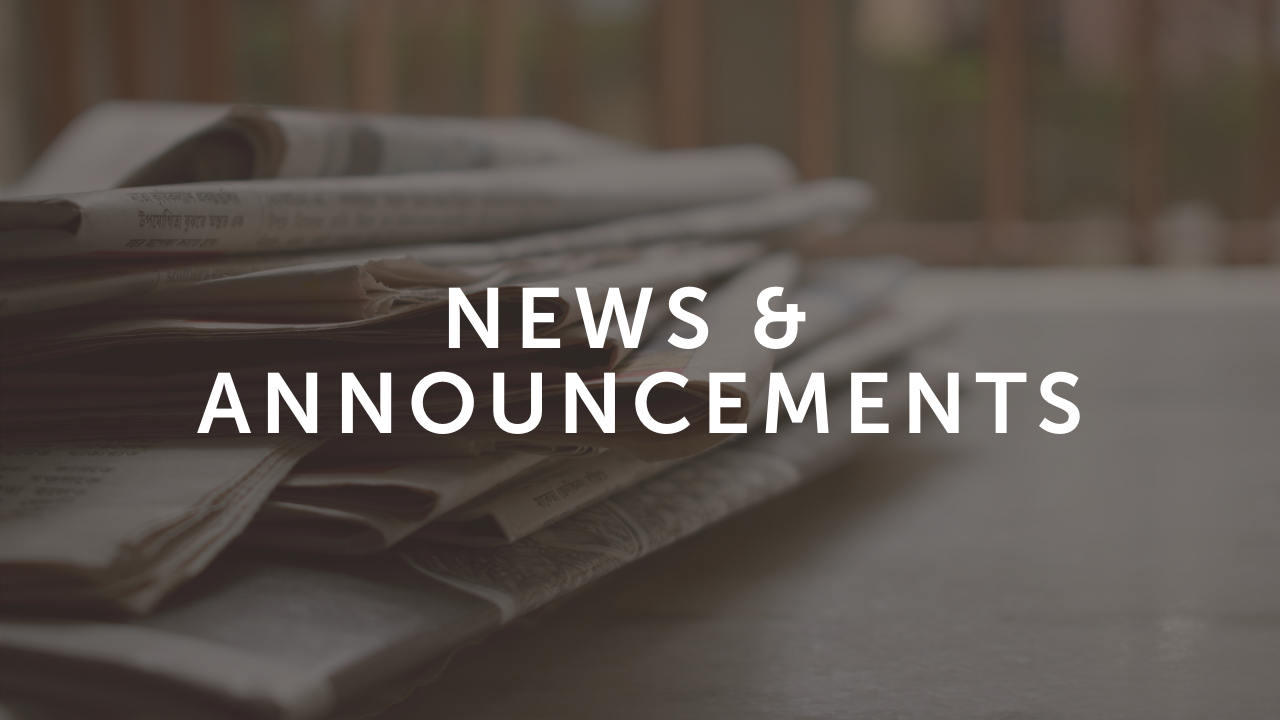 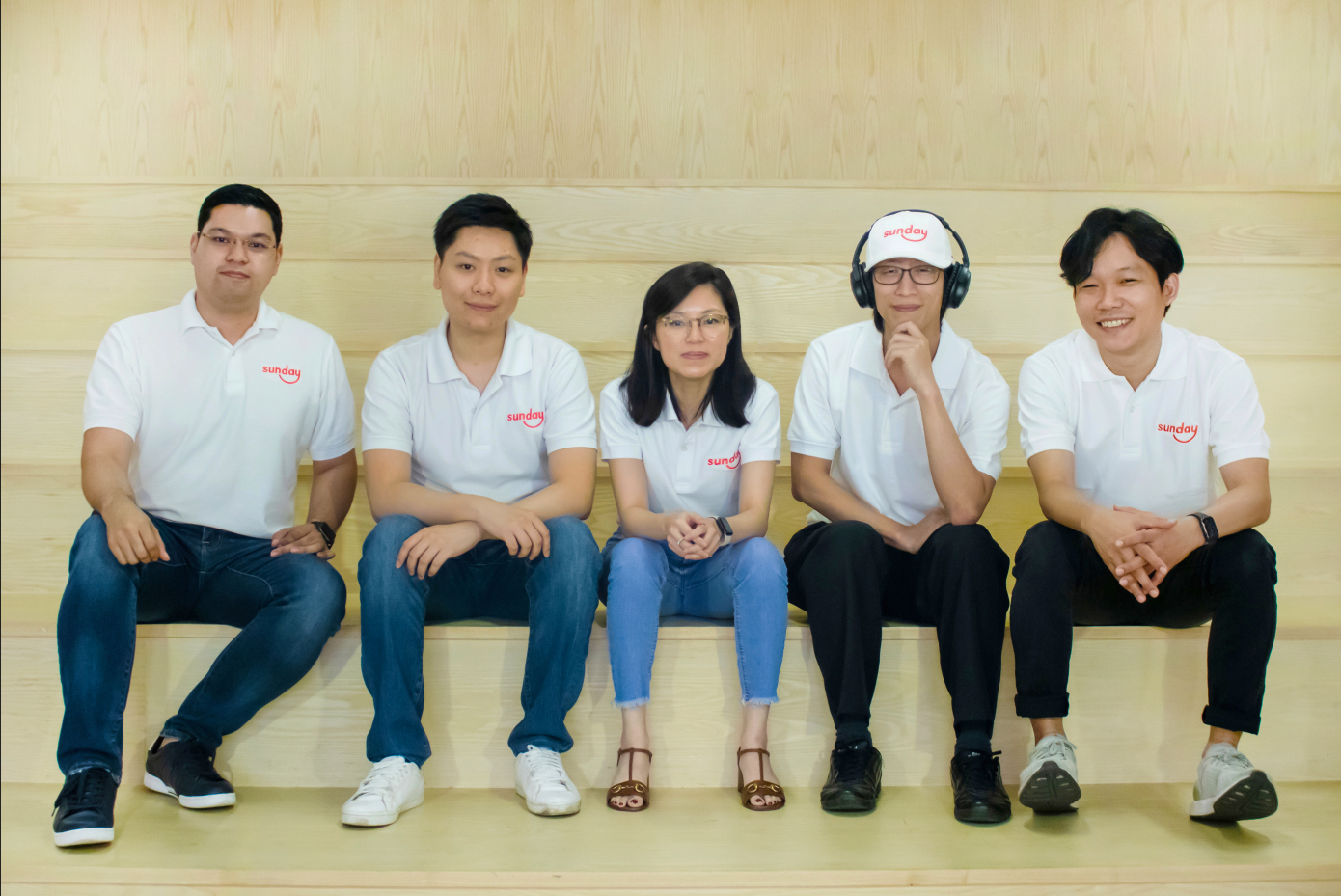 Sunday, an insurtech startup based in Bangkok, announced it has raised a $45 million Series B. Investors include Tencent, SCB 10X, Vertex Growth, Vertex Ventures Southeast Asia & India, Quona Capital, Aflac Ventures and Z Venture Capital. The company says the round was oversubscribed, and that it doubled its revenue growth in 2020.